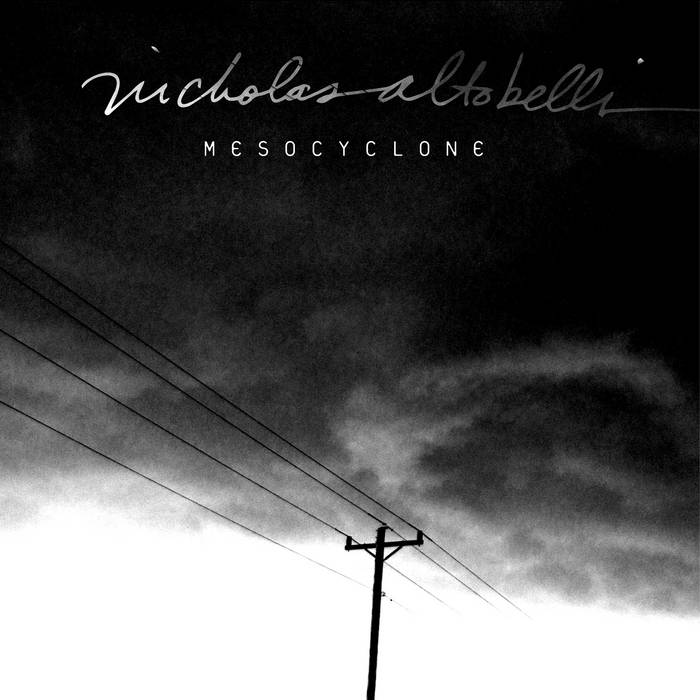 Nicholas Altobelli has always been infatuated by the always changing Texas weather. So much so, that every spring he and his siblings travel to the great southern plains of America to chase storms and tornadoes. However, inspiration for the meteorologically titled new album, Mesocyclone (08/05 - Dalton Records), was not just the beauty of an evening spring storm but rather a tremulous personal life.

In 2013, the Dallas, Texas based, California born, songwriter released his Salim Nourallah (Old 97’s, Rhett Miller) produced album, Without a Home, to critical acclaim. The Dallas Morning News declared Altobelli was on the “cusp of a breakthrough,” and No Depression triumphed that Without a Home was “pop perfection.” Altobelli’s career simmering on a much deserved breakthrough but at home, it was anything but a breakthrough.

Altobelli’s marriage was fading and he found himself at a personal transition returning to college to pursue a degree in history. He wrote two albums worth of material in just a few months and booked studio time with his backing band, The Gigawatts. Unlike Without a Home, Mesocyclone embraces the Americana roots that influenced the birth of Altobelli’s musical career.

“When we recorded Without a Home, we were trying to make a pop record and purposely shied away from instrumentation that would conjure up any kind of alt-country connotation. But with Mesocyclone I welcomed it with open arms.” Altobelli recalls.

The result is a six song snapshot of sparsely arranged, rustic Americana tales of loss, despair and hope in the turbulent skies of the southern plains.

“I like to think this album is the soundtrack for Twister 2, if it ever gets made.”

My name is Nicholas. I write sad songs.

Bandcamp Daily  your guide to the world of Bandcamp

Benji B talks about his new compilation ‘Deviation Classics’